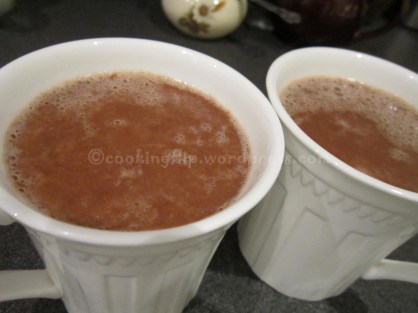 Tsokolate e, as described by Jose Rizal in one of his novels, was the rich hot chocolate drank by the Filipino bourgeouisie–mostly mestizos and the rich Fil-Chinese merchants–in the 1800s, while tsokolate a was the diluted version drank by the indios. 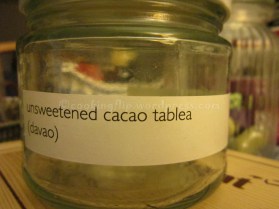 These tableya from Davao were really good–we could see the layer of cocoa oil at the top. When I was younger we used to get homemade ones from Bicol as well–I could remember the almost 1-inch thick of oil at the top–we made sure to stir first and drink while the liquid was still swirling and the oil incorporated!

I’m being nostalgic. The neighbour’s cacao tree along the path to our house, heavy with fruit (and the sweet flesh/pulp of the fruit!). A friend teaching us how to make chocolate paste from the roasted cacao beans by patiently pounding with a mortar and pestle. My Mother’s story (she doesn’t remember this now, or I’m the one who has a wrong memory) how older women in her province, including my grandmother, would get together for an afternoon’s session of tableya making. They would all start quietly, then a pinch of cocoa to taste here and there, until you hear the sounds of chattering and laughter. Ohhh… to be drunk with chocolate! 😍 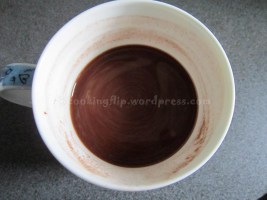 I tried using [good quality] tinned coconut milk with hot choco here–bleh–I’ll wait until I visit home again and get the real thing!

My Mom says they used to have their sikwate with fresh coconut milk, as they had no money for ‘real’ milk (she said she actually liked it better than real milk). I tried using [good quality] tinned coconut milk with hot cocoa here–bleh–I’ll wait until I visit home again and get the real thing!

I am a tither

Twice as much a son of hell

When the time of questioning your faith comes